Mark Wallace
Behind The Scenes August 4, 2008 No comments

Yesterday the video team got together and we shot Digital Photography Episode 9.  It was terrific to have all the extra hands to make the new video.  We finished all the production work in 6.5 hours – that is one of the shortest video shoots we’ve ever had.  And that included set-up, travel time, location shooting, b-roll, and voice-over.

Here are a few shots the gang took during the shoot. 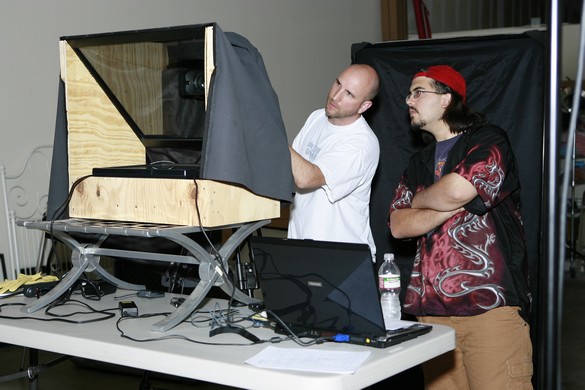 Mark showing Drew a few things on the camera.  The big wooden thing is our homemade teleprompter. The camera is behind the glass. 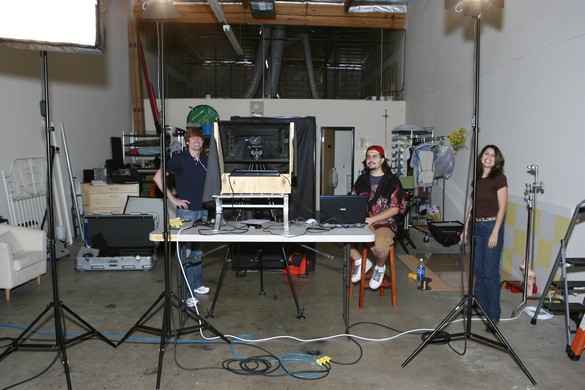 Daniel, Drew, and Diane. Daniel was running the camera, Drew was operating the teleprompter, and Diane was directing. Daniel and Diane also helped demo the bags in the video.  These guys has skillz.

Yasmin waiting for her cue.  Yasmin kept track of all of the takes, made sure we got all of the scenes in the camera, and was responsible for continuity (making sure all the b-roll was properly captured).  Oh – she also helped demo the bags in the video. 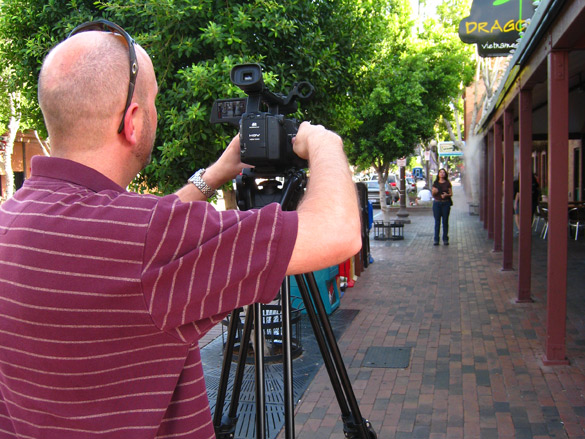 Mark shooting Diane as she demonstrates the LowePro slingshot bag. 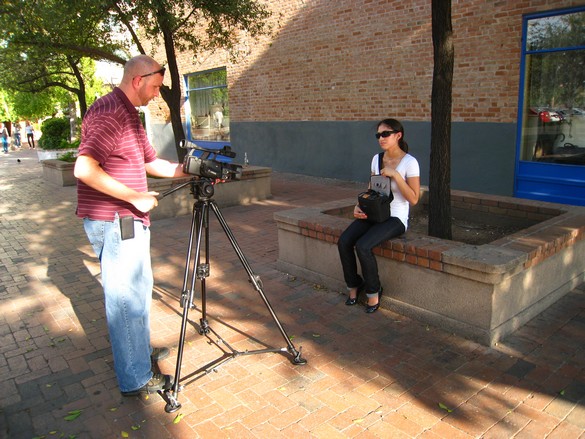 Mark shooting Yasmin as she demonstrates the features of the LowePro Apex 140 camera bag.

Look for the new episode to be posted later this week!