Yesterday was a tough day for Luka, our dog. He’s had a two small growths on his legs for a few weeks that we’ve been watching closely. Our vet, Dr. McComb, had examined the growths when we first noticed them and decided it would be best to monitor closely and take action only if necessary.

Yesterday morning Luka was to limping slightly and we decided enough was enough. We took him to the vet right away. Dr. McComb decided that we needed to be a bit more aggressive and so Luka was sedated and the growths removed. 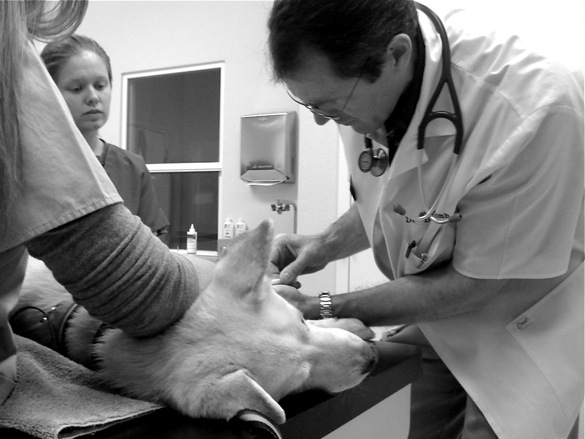 Dr. McComb invited us to come back to see Luka after he had removed the growths. Luka was still sedated and Dr. McComb walked us through what he had done and what we should expect. 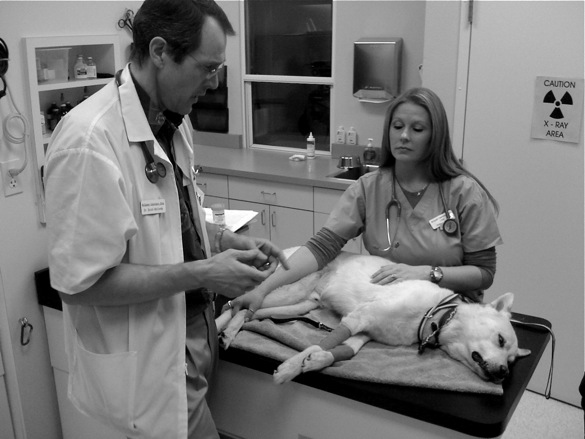 Seeing Luka passed out on the table was a frightening sight, and yet, I found myself with my camera in hand taking pictures. I explained this to Dr. McComb and team by simply saying, “I’m a photographer”.

Later I began to reflect on experience of seeing my pet, who I love, in such a frightening situation. My reaction was to take out my camera and start taking photos. Why?

I’m not sure there is a simple answer to that question, but I believe it’s because photography is an extension of who I am. Photography is a way for me to document, remember, share, and quantify my experiences. It’s the way I tell my version of the story.

Robert Capa’s famous quote is usually interpreted as the distance from camera to subject. I also think you can interpret his statement as emotional distance. I believe in putting myself close to my subject physically, and in some instances emotionally as well. 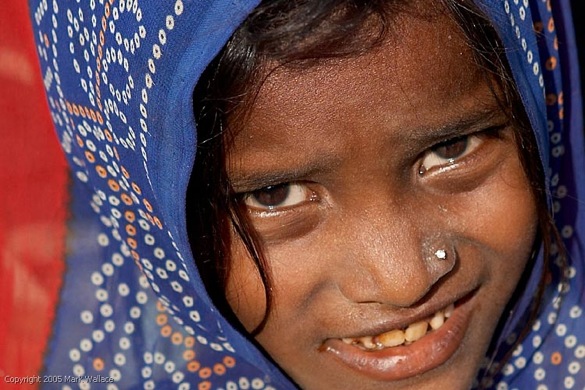 I love to travel and I’ve been fortunate enough to travel to India on a couple of occasions, both times for extended periods. India is not a place that is easy to understand. It’s so rich with tradition, beauty, wealth – and poverty. How do you capture such a place in still images?

I found that I could only begin to understand India by physically walking the streets of the towns and cities, and talking to as many people as I could. I also discovered that my photos were much richer when taken after I’d spent time getting to know my subject, even if for a few moments.

The photo of the girl above was taken after I’d had a conversation with her for a few minutes. Her face tells so many stories; the contrast between her decaying teeth (poverty) and her purple scarf (the color of royalty), the contrast of her youth and her tired eyes and skin. She’s begging and yet she has a smile behind her eyes – all things that would have been missed at a distance. 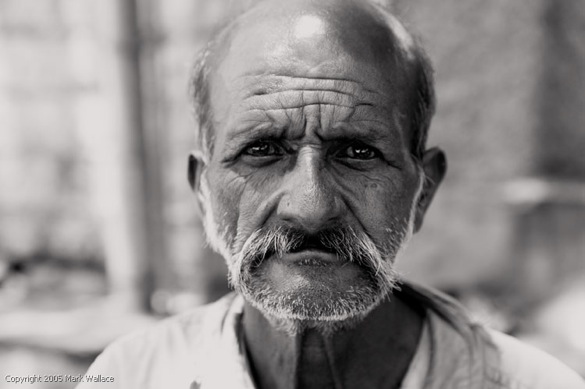 I met this man in Bangalore, India. I was walking the streets and saw the lines in his face and thought, “I have to photograph this man.” I introduced myself and we began to talk. After a few minutes I asked him if I could take a few pictures. He gladly posed as I took several photos. Could I have captured his eyes looking straight into the lens if I’d simply shot from a distance with a long lens? I doubt it. I think the interaction paid off.

Later in the trip I asked a friend of mine to come with me as I walked through some of the impoverished areas of town. At first he balked because he thought it would be too dangerous. I told him I’d spotted a large group of kids from my hotel window, 6 stories up, and I wanted to meet them. He decided to come along.

I’ll admit I was nervous as well, but I wanted to push myself and get out of my “comfort zone”. I needed to explore this new world and to do that I’d need to push myself to do things outside of my normal routine. 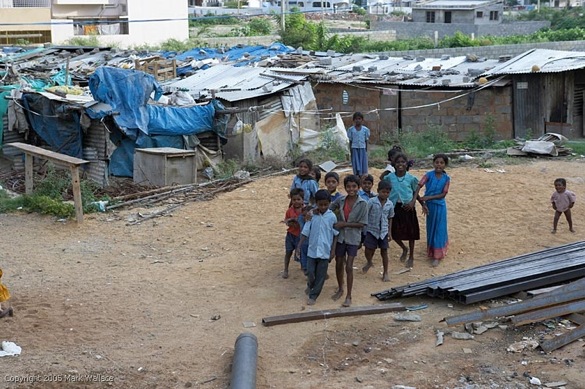 The kids coming out to greet us. 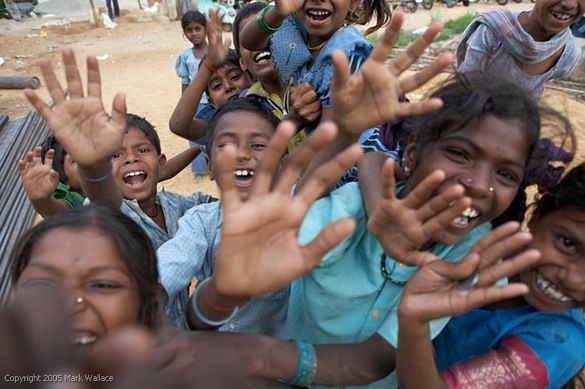 We spent a few hours with these kids. It is one of my best memories of India. Although these families were living in shacks with dirt floors they had dignity and joy that I rarely see in the kids in my upper middle class neighborhood here in the US. I wanted to capture that on film and so I laughed, talked, and took pictures – all at very close range.

Later we walked through some of the other streets and found other equally amazing people. 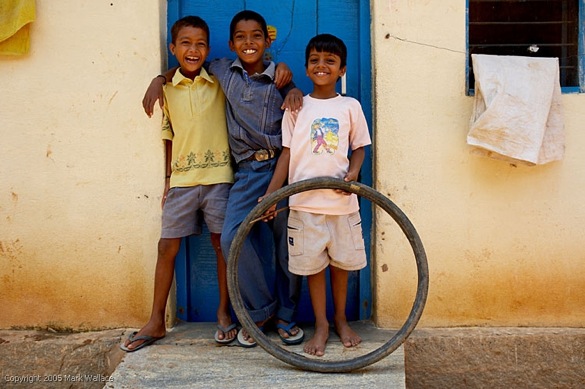 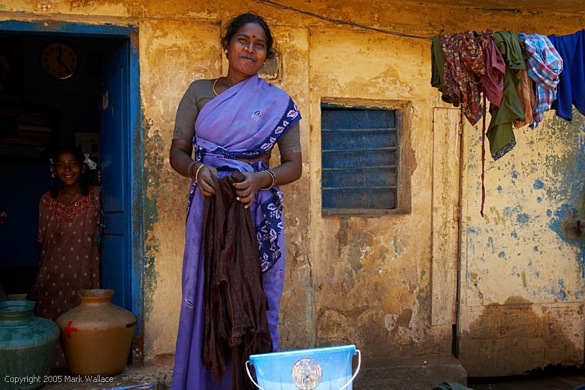 It was a little intimidating to walk through some of these areas. But I think you have to put yourself out there and take some risks to grow as an artist. Putting myself physically close to my subjects and becoming involved with them through conversation resulted in some great results. 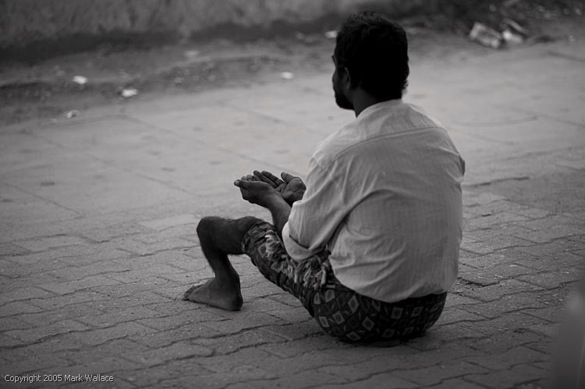 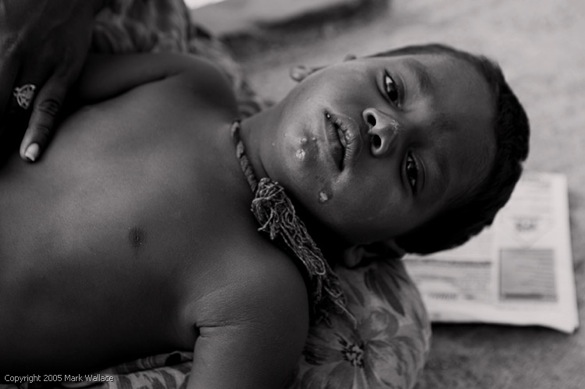 These images and hundreds of others like them have helped me share the experiences I’ve had while traveling. It’s not something I do only while traveling, I try to practice this at home as well, and that brings me back to Luka and our other dog, Sammy.

We adopted Sammy about a month before Luka. Sammy came from a very abusive background and gaining her trust was not something that was easy to come by. I made a decision I’d document our journey with Sammy and Luka in order to share it with others.

I specifically wanted to document our story with Sammy and Luka to share with the workers at Arizona Rescue who had saved Sammy from certain death and honor their gift. I would document Sam’s life with us.

I documented Sam’s life from the first day we took her home, through all of the amazing breakthroughs, and I was finally faced with a difficult decision. 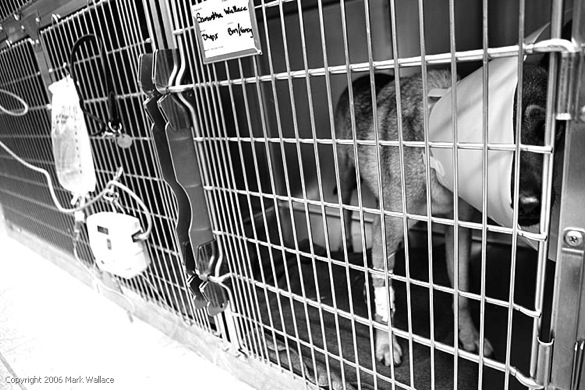 In 2006 Sammy suddenly became very ill. It was a very difficult time and I had to ask myself, would I continue to tell our story through photography? I decided I would, I wanted to document her life – even to the end.

And so through Sammy’s days fighting cancer I continued to shoot. It was something that allowed me to preserve precious moments and it was cathartic. I was able to share with friends and family, who also cared about Sammy, what we were experiencing. 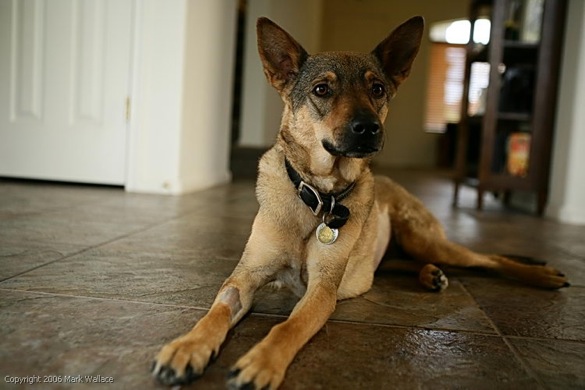 This is the last photo I took of Sammy, about an hour before her death.

In all of these photos I had an intent; to tell a story. Sammy’s story is of a little dog who overcame her hardships to show a grown man a few things about living. It’s a rich story and one day I’ll be happy to share it with you through my library of photos.

Take some time to forget about aperture values, shutter speeds, lens specifications, and techno babble. Your equipment is simply a tool that will allow you to capture something. The subject is what matters, not the tool you use.

What stories are you telling with your photos? How are you approaching your story? Are you challenging yourself to try new things? Are you close enough?

Sadly in August of 2009 Luka became very ill with cancer and passed away. We miss him every day. We are glad to have many photos and videos to remind us of what a wonderful companion he was. It’s a reminder to cherish every moment with loved ones and the real value of getting closer.